The prices of houses and apartments on the Czech real estate market have been rising sharply for the past few years. First of all, it was helped by the long-term housing shortage, the coronavirus epidemic and related government measures, which forced people to make unprecedented investments. Currently, the growth is mainly driven by the rising price of building materials caused by the Russian invasion of Ukraine, but also by the persistent interest of people caused by the effort to protect their savings from rapidly increasing inflation.

According to a report by the European Central Bank, real estate prices in eurozone countries were overpriced by an average of 15 percent in May this year, and by up to 60 percent in some selected countries. In the Czech Republic, according to the analysis of the Czech National Bank (ČNB), apartments are overvalued by roughly 40 percent, whereas last year the overvaluation ranged from 15 to 25 percent. This adds to the fears of economists about the growing real estate bubble, which may threaten the stability of the entire economy after it collapses.

Similar news is also provided by Bloomberg's analysis, which tracked price developments in the thirty member or candidate countries of the OECD most at risk from the real estate bubble. The Czech Republic took second place in the ranking, only New Zealand has more expensive real estate. Analysts monitored five indicators: price-to-rent ratio, price-to-income ratio, year-on-year real and nominal price growth and year-on-year growth in the amount of loans. 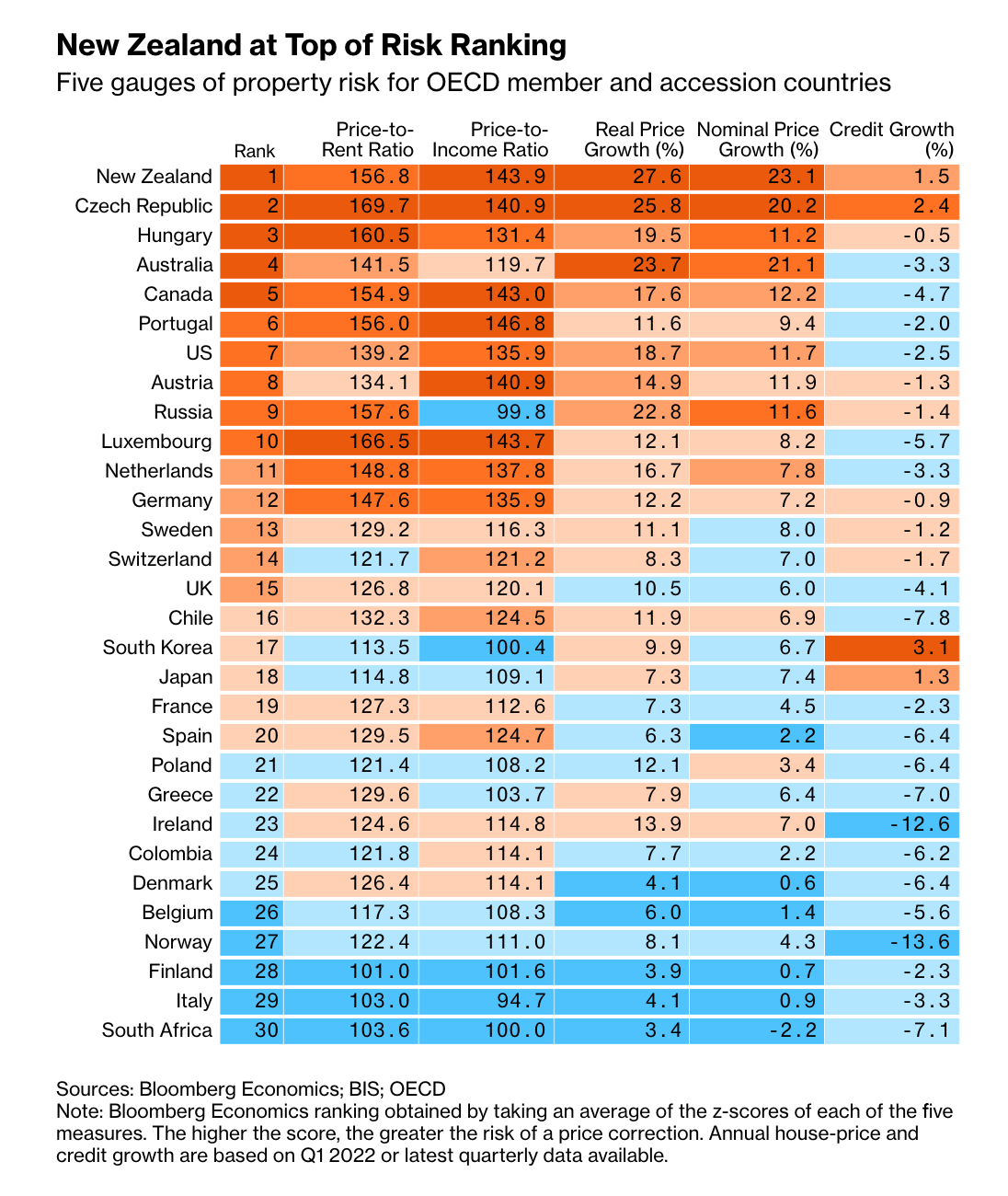 Deloitte's statistics focused on the residential market also prove overpricing. At the same time, it was traditionally the most prominent in the Czech capital. While in 2020 and 2021 there was always a year-on-year increase in the prices of Prague apartments by approximately 7 percent at the beginning of the second quarter, between the beginning of 2Q 2021 and 2022 prices increased by almost a quarter. However, a similar trend can be seen in the rest of the country.

A drop in prices as the most likely scenario

It was precisely the rapidly increasing inflation, which currently stands at 16 percent, that prompted the CNB to increase interest rates and thus make mortgages and loans more expensive in order to reduce the public's interest in borrowing. On the one hand, this has slowed down price growth, on the other hand, many already indebted households are at risk of extreme financial burden or even insolvency.

According to experts, the end of high growth followed by several years of price decline could come soon. This scenario is mainly fueled by the expected crisis, but also by the potential lack of interest of foreign investors. With the ongoing war in Ukraine, the countries of Central and Eastern Europe have become potentially risky, and Russian investors, who in the past bought real estate in the Czech Republic in large numbers, have also decreased.

According to Trinity Bank chief economist Lukáš Kovanda, who is quoted by the Aktuality portal, there could even be stagflation, i.e. high inflation associated with a decline in economic growth and real purchasing power. Patria Finance analyst Tomáš Vlk and UniCredit Bank analyst Jiří Pour also confirm that real estate is no longer the most suitable investment opportunity and investors can switch to other options, such as government bonds.

As Aktuality further reports, according to Cyrrus analyst Vít Hradila, the opposite scenario may also occur and real estate prices may continue to rise. The reason is the general opinion of the lay public that real estate is a long-term stable investment and Czechs trying to protect their savings will continue to invest in the real estate market. Rising prices of building materials and labor shortages are contributing to this.

Despite the negative signals and fears of a repeat of the 2008 crisis, according to Bloomberg analysts, a similar scenario, when the negative effects of the recession lasted until 2011, is not imminent. There are several reasons. This is mainly due to greater savings and responsibility of households, the still-persistent lack of housing and stricter measures and conditions of banks for lending mortgages, which were introduced precisely on the basis of the experience of the past crisis. 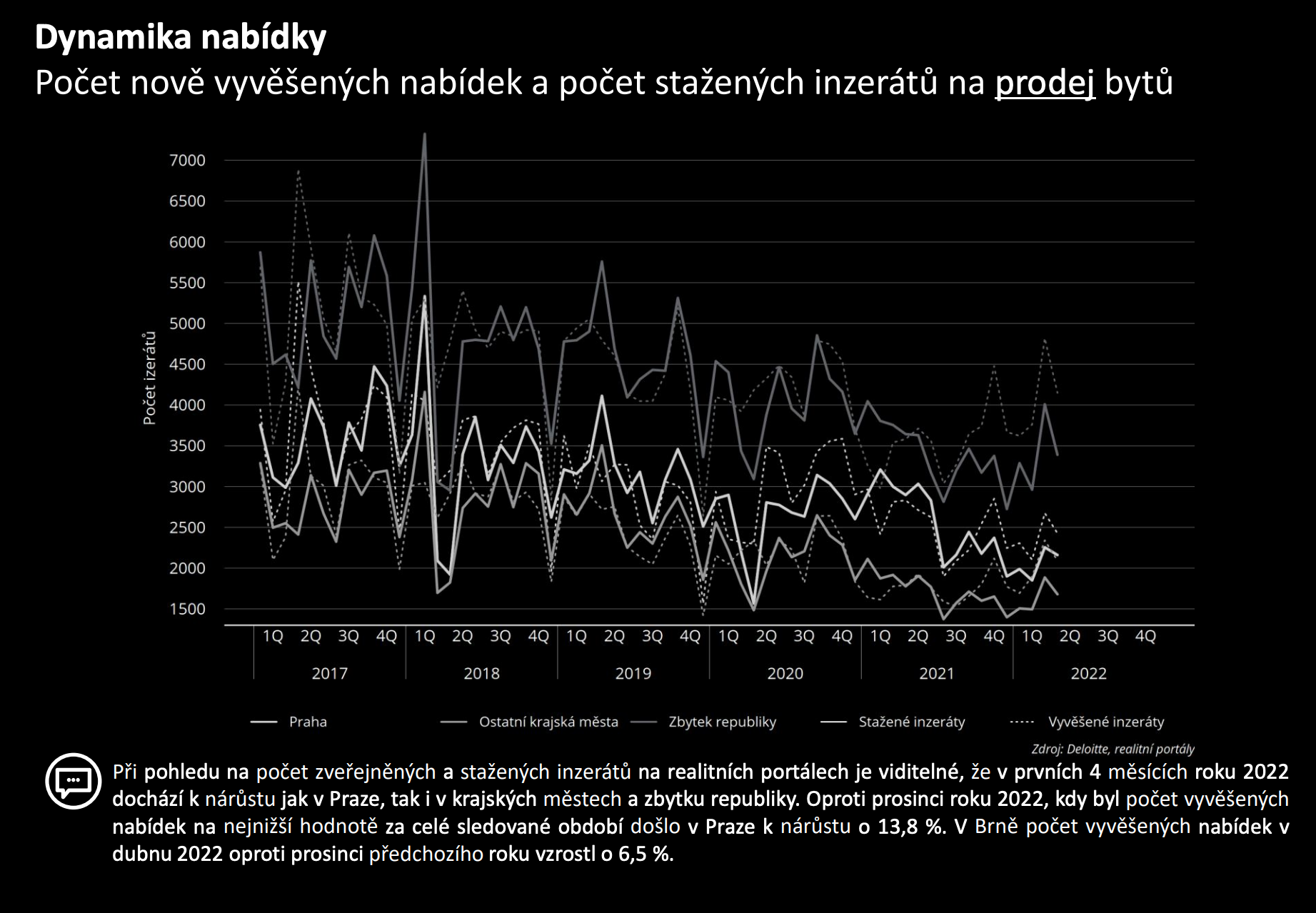