The Czechia has long struggled with a shortage of housing units. The slow pace of their construction, in which the Czech Republic is rather average than the rest of the European Union, thus causes excessive growth in their prices. The most affected area is Prague as the economic center of the country and the goal of economic migration, both foreign and especially domestic. In April, the city approved a new Housing Development Strategy, and the more efficient use of so-called brownfields should also help.

Although the number of new flats in the Czech capital is increasing every year, the speed of construction is still not enough to cover the population's demand for housing in the coming years. While the construction of almost 3,000 flats was started in Prague in 2016, by 2019 this number had risen to approximately 6,500. According to the analysis of the Institute of Planning and Development of the Capital City of Prague (IPR), at least 9,000 new housing units must be built every year. The city plans to achieve this goal by 2030 at the latest. It is estimated that the population of the capital will increase by approximately 93,000 by that year.

According to the IPR, the main problems include bureaucracy, lengthy construction permitting processes and the rejection of some members of the city's political representation towards further development of the metropolis. While the European average time for issuing a building permit is 167 days, the average time in the Czech Republic is 247. In addition, the IPR states that up to 45 public administration certificates are required for the issuance of a permit in Prague.

Brownfields as an opportunity for metropolises

According to the IPR, more active use of brownfields should help to create more efficient and faster construction. There are several dozen of them in Prague alone. The most famous include the Žižkov Freight Station, the surroundings of the Prague-Bubny railway station, the marshalling yard and the KOH-I-NOOR factory in Vršovice, the Hagibor area on the border of Strašnice and Žižkov or the Rohan Island area. Specifically, these will soon be revitalized, but many other sites are still waiting for their chance.

For example, one of Prague's largest brownfields at the Prague-Bubny railway station, which will be transformed into the new Bubny-Zátory district, has the potential to provide housing for up to 27,000 inhabitants. The location at the Žižkov Freight Station should also offer new housing for approximately 15,000 people after revitalization.

According to IPR director Ondřej Boháč, the use of brownfields and the denser population of Prague could contribute to its better management. "We did studies that showed that a person living in the center is about thirteen times cheaper for Prague than an individual living on the outskirts of the city, thanks to cost-sharing and infrastructure," Boháč told Hospodářské noviny. According to the IPR report, construction on the periphery requires considerable investment in the development of the appropriate infrastructure and causes a higher load on the city by car traffic.

The prices of Czech flats are among the highest in Europe

It is from the more efficient use of brownfields that the management of Prague promises to improve the housing situation. The lack of flats leads to a high rise in their prices, which intensified during the pandemic, despite expectations and economic recessions, especially as a result of investment activities in long-term stable real estate.

According to Deloitte's analysis, real estate prices in Prague have risen since the beginning of the coronavirus pandemic from an average of 88,700 crowns per square meter in the second quarter of 2020 to 98,100 crowns in the fourth quarter. In the last five years, when at the end of 2015 the average price per square meter in Prague was 56,400 crowns, the increase in prices has almost doubled. 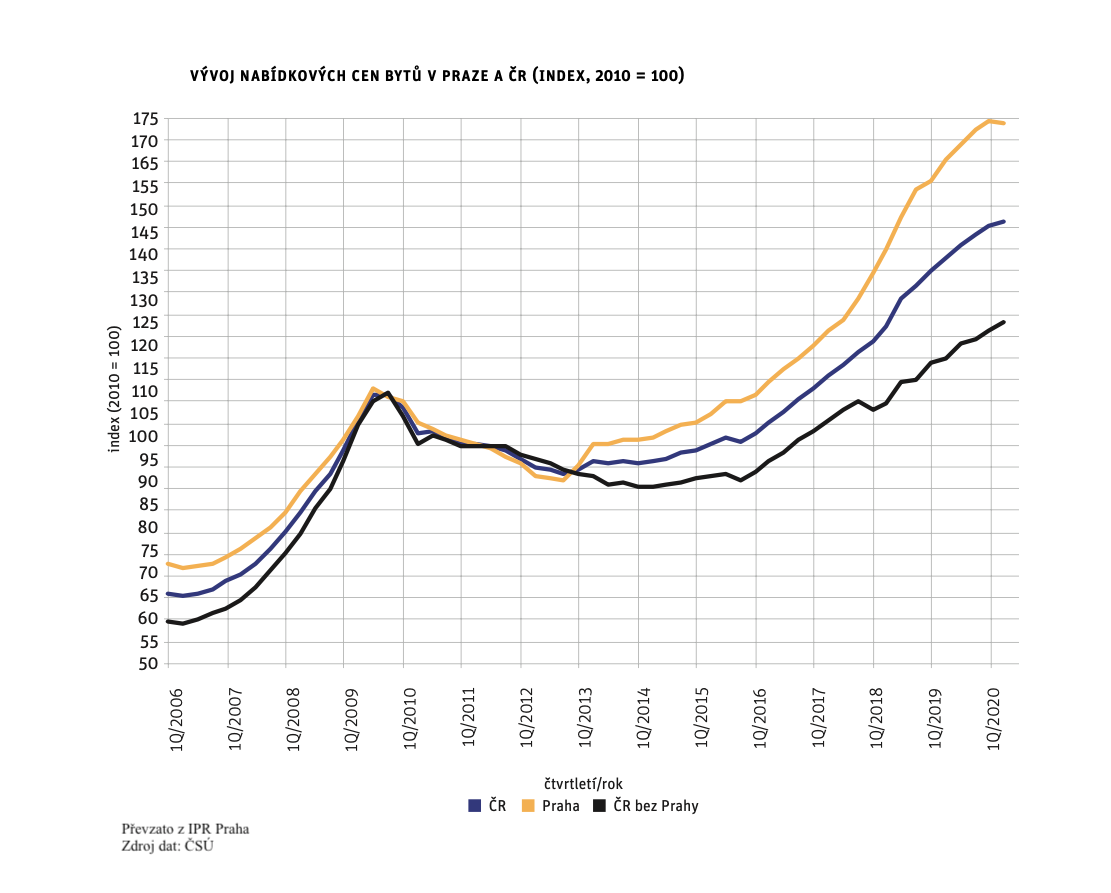 At the same time, Prague real estate prices are also disproportionately high compared to the rest of Europe. This is the result of a Deloitte analysis from 2020, in which the company compared the ratio between the average annual salary and the average price of a 70 m2 apartment in 18 countries (17 European countries and Israel). 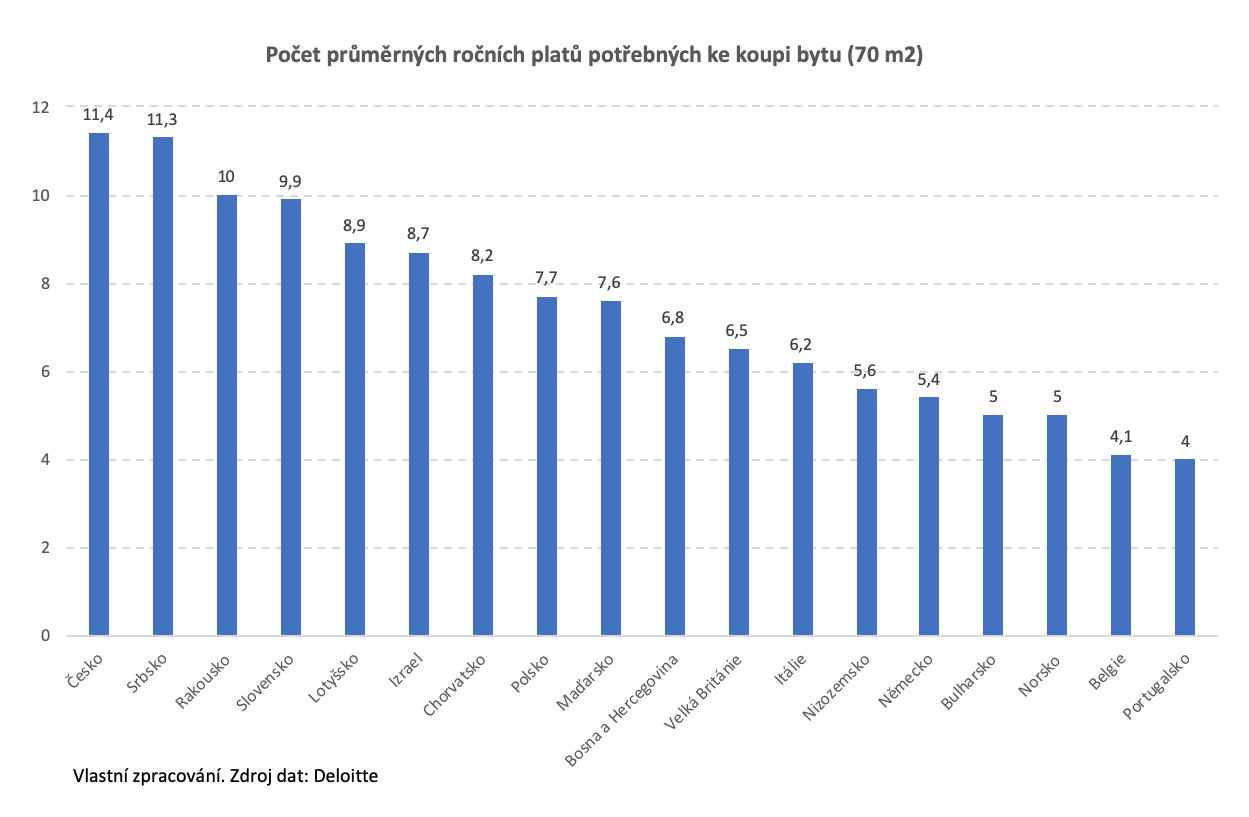 What is a brownfield?

The term "brownfield" means a dilapidated, previously built-up area, land or building that is so neglected or even contaminated that it is not possible to use it properly without proper revitalization. These are mainly old and unused industrial halls and areas or train stations, often in lucrative locations in the wider centers of towns and villages. However, Brownfield can be any property or land as a remnant of an industrial, agricultural, military, residential or other activity.

Their organization within the Czech Republic and assistance to investors in their use is in charge of the state Agency for Business and Investment Support CzechInvest, which manages the National Database of Brownfields.

Photo: Institute of Planning and Development of the Capital City of Prague 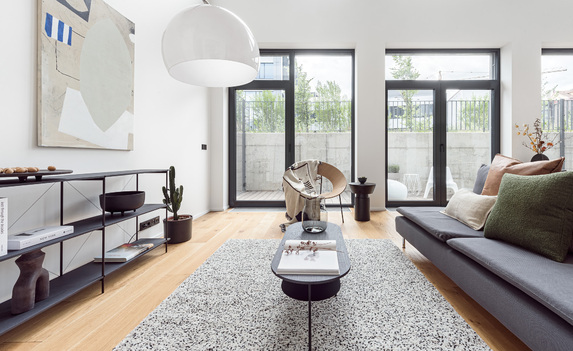