It has been several years since the Penta financial group began preparing a project at Prague's Masaryk Railway Station called "Masaryk Connects". After years of preparations, which also included archaeological research and obtaining a total of 328 permits, the construction of the complex began earlier this year, which will boast the unique design of the architectural studio of the now deceased "Queen of the Curve" Zaha Hadid.

For its project, Penta chose a long-neglected brownfield area on the border of Nové Město, Karlín and Žižkov, around Masaryk Railway Station. It is located next to the Florentina building, historically the first Penta real estate project in the Czech Republic. The new flagship of the financial group should be completed in 2023. 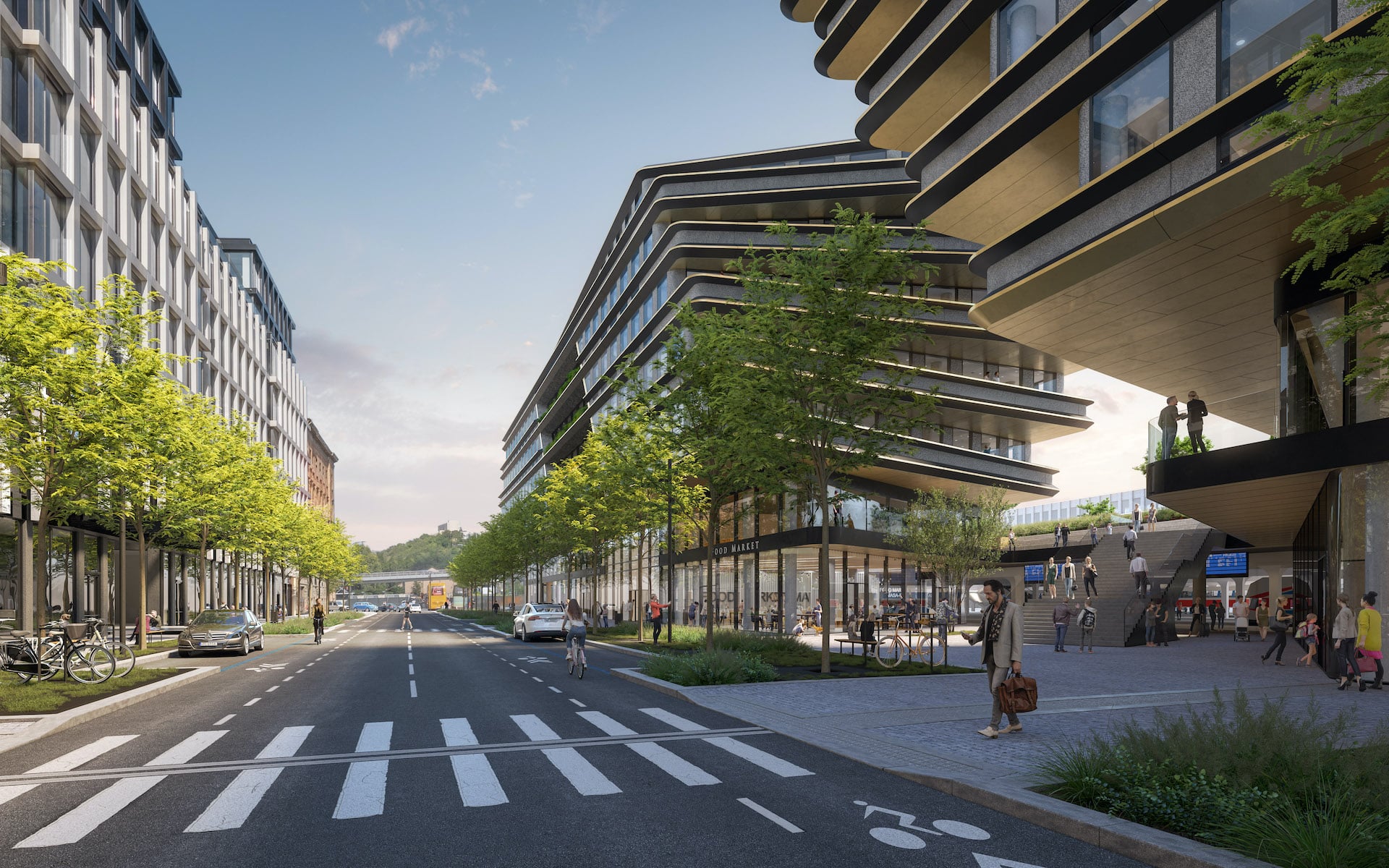 The very effectiveness of the project is already referred to by its name. Masaryk Railway Station is the oldest railway station in Prague and an important transport hub, but its location creates a barrier and imaginarily divides the city into two parts. The name "Masaryk connects" will refer not only to the existence of the station, but also to the interconnection of city districts, which are now separated by rails, and the movement of a neglected site.

The Prague legacy of the first lady of world architecture

Nová Masaryčka will consist of two atypical office buildings, designed by the architects of the world-famous British studio Zaha Hadid Architects. These will be complemented by the hotel building in Hybernská Street, designed by the Schindler Seko architectural studio, with which they will be connected by a new through-roof of the track. All three buildings will offer a total of almost 30,000 retail and office space.

The canopy will create a crossing for the public directly from the intersection of Hybernská and U Bulhara streets to the Florentina building and the Petrská district. It will also include access to individual platforms, which will simplify the accessibility of Masaryk Railway Station from Žižkov, Karlín and Petrská district. 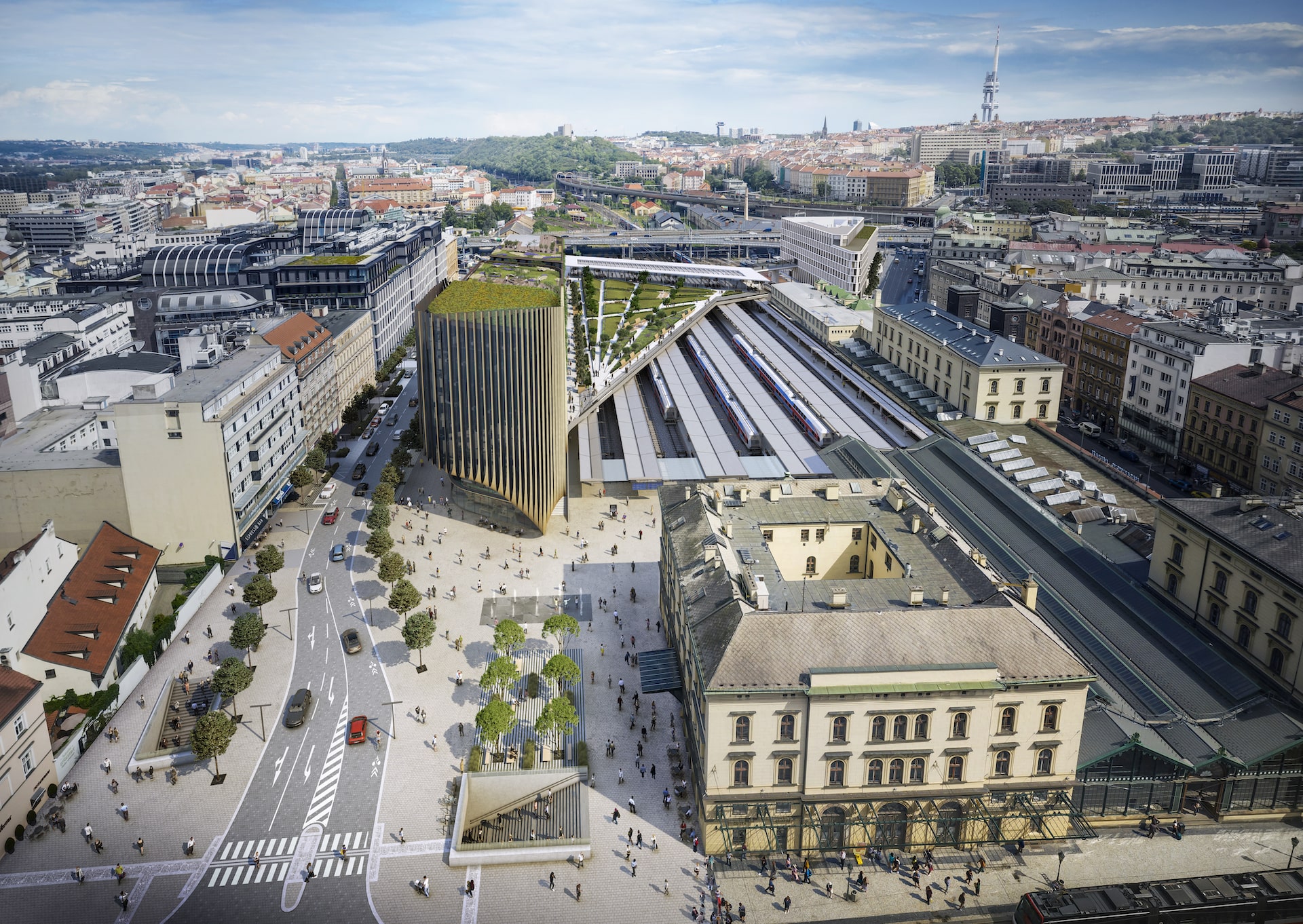 However, it will not end with offices and an overpass, the public will see a brand new public space. Na Florenci Street will be transformed into a promenade covered with trees, the parking lot with the entrance to the metro at the station building will be transformed into a square with direct access to the railway. There will also be a two-storey shopping and gastronomic passage with a piazza. However, space will also be given to cultural events or fashion markets along the lines of cultural venues such as the Holešovice Vnitroblok.

Ubiquitous greenery and the expressway to the airport

Greenery will dominate elsewhere than just the newly created square and the adjacent boulevard. The roofs of the buildings will be transformed into blooming public parks with views of the unique Prague skyline. A charming park full of greenery and relaxation areas with benches will also be part of the roof that connects the hotel to the business center. 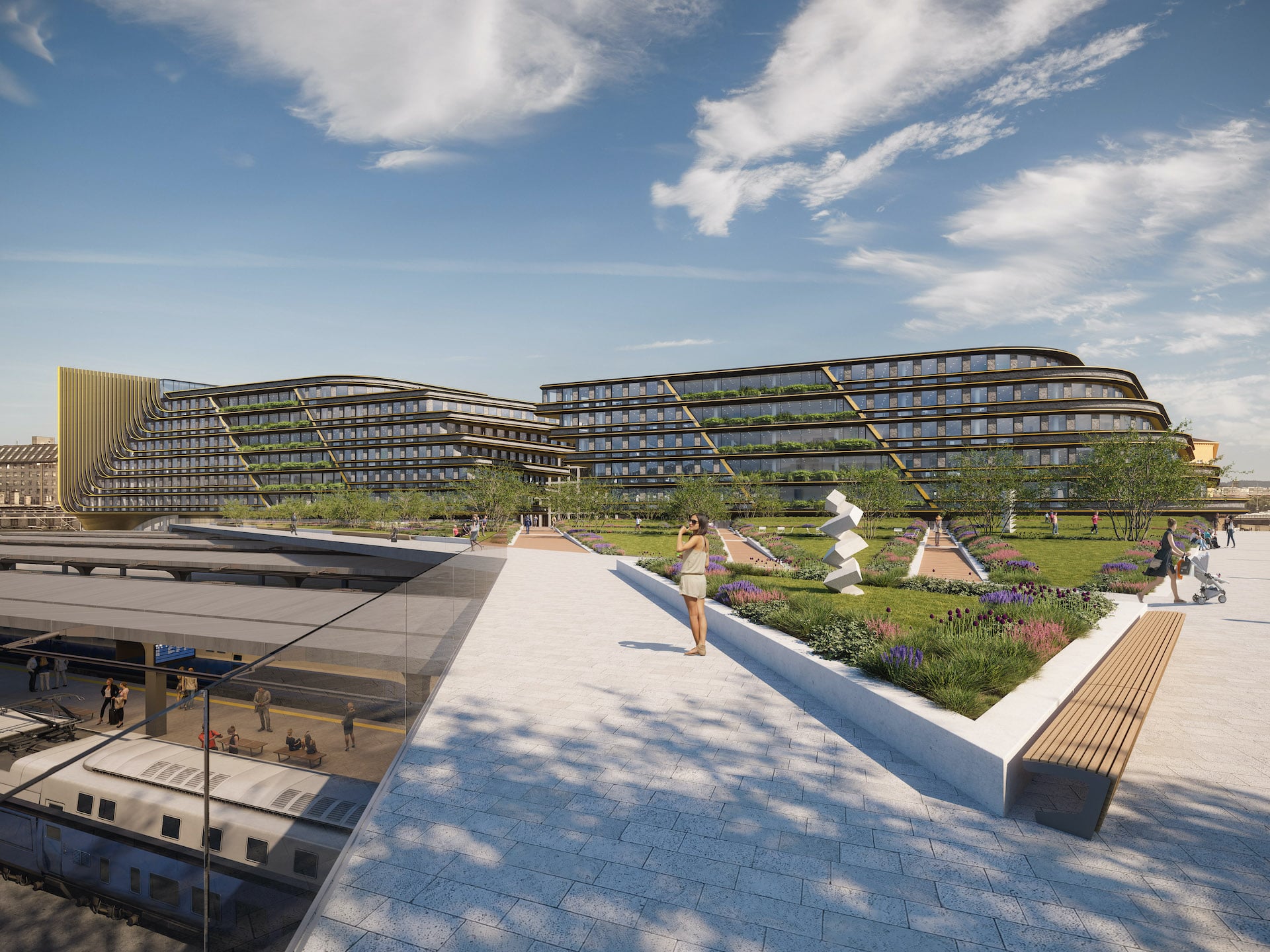 The historic station building will not be revitalized either. It has been running gradually since 2016 in cooperation with the Railway Administration. Reconstruction will be experienced not only in the interior, but also in the track, which will be extended by two platforms. In time, high-speed trains should start to leave on the planned route to Kladno and Václav Havel Airport.